Copyright
Is metadata still relevant to inform images of their source, context, and rights?
At a time plagued by fake news and rampant infringement, metadata remains the most accurate and reliable method to inform images of their origin, rights, and authority. IMATAG’s tracked images from their creation by photographers to their publications on news websites to report on the compliance of metadata in 2018.
Check our update here : State of Image Metadata in News Images / 2019

A QUICK WORD ON METADATA

Image Metadata is all the non-pixel data associated to an image providing information on the content ( location, date, subject..), its rights ( credit, licensing terms, etc..) and technical details on of the shoot ( Camera make, GPS coordinates, Aperture, ISO, Editing software,…).

It is stored in the same file as the image itself (JPG, TIFF, PNG..). Three formats coexist to store information: EXIF, automatically captured, contains the technical information, IPTC, manually edited, incorporates the content description, attribution and rights and XMP is a newer extension of IPTC that permits the creation of custom metadata fields.

The IMATAG Study shows that none of these format are prevalent.. When an image is found online with metadata, it has 60% chance of using IPTC, 65% chance of using EXIF and 50% chance of using XMP. The IPTC format is most often used to credit photos: 75% of images we found used it to store the credit information, compared to 51% for EXIF and 33% for XMP.

The result of this study doesn’t take in consideration the location of the credit, whether found in XMP, EXIF or IPTC.

Here are the principal discoveries of this unprecedented study on the “ID Card” for images: the metadata.

#1  85% OF IMAGES PUBLISHED ON THE INTERNET
HAVE NO METADATA.

All image  published on a web page are downloadable.

If a downloaded photo is reused on a page that doesn’t display its credits, only the integrated metadata can provide information. Thus, it is critical for pro photographers, photojournalists, photo agencies and visual artists that it is preserved.

In practice, on a sample of over 40 million images published online (not including social media or image databases), IMATAG found only 15% who still contained metadata.

Worst:  Among those that still had some metadata ( IPTC, EXIF or XMP format),  only one in five contained information about its author, its rights, its source, and description.

Worse yet:  This is without considering images posted on social media, not included here, which, as we can see below ( #6), greatly reduces these numbers.

#2 ON NEWS WEBSITES, ONLY 8% OF PHOTOS HAVE USEFUL METADATA

Metadata is particularly relevant on editorial websites: Readers can find out the date created and location field, confirmation of the authenticity of the information in the image and thus its credibility.  Creators can, thanks to the credit line, be found by new potential buyers.

More than 50,000 images have been analyzed by IMATAG on over 750 different editorial websites worldwide. While this category appears to preserve metadata as much as the overall average (20%), a more detailed analysis reveals that only 8% keep data that can be used to identify the author or distributor of the image.

Some sites put the credit in the page (in HTML), but still delete the image metadata (See #3). When the image is copied to other sites (legitimately or not), there is no guarantee the credit will be preserved.

Of all the editorial sites surveyed by IMATAG, 10% preserve all metadata, 40% erase them entirely, and 50% partially delete them. So the disappearance of metadata varies from one site to another: Is the problem known, ignored or managed by editors?

Of 23 European and North American editorial sites surveyed, representing more than 2Bn views per month, IMATAG extracted the per-site percentage of images which could be credited thanks to their metadata.  Four categories can become apparent, from publications who carefully preserve all metadata to those that purposely delete them. Between the two extremes are those that partially remove metadata but do not leave enough for them to be useful and those who do not delete them but only have a few images with metadata.

The various manipulation of photos by the editing departments (retouching, import/export from a DAM, screengrabs…) can also explain the loss of metadata during the workflow.

Having a famous publishing brand is not a guarantee of metadata handling best practice, revealing that publishers are not directly impacted by this issue. However, those who do choose to protect metadata – like the Huffington Post, Spiegel or Le Figaro- demonstrate to their peers that it certainly does not undermine their success.

#4 OVER 80% OF PHOTOGRAPHERS ADD METADATA TO PROTECT THEIR IMAGES.

An online survey reveals that over 90% of professional photographers know what metadata is and 82% diligently fill them to protect their photos,  along with other methods ( see full study here). Sometimes at significant cost to their valuable time ( see the article by Thierry Secretan).

We also know that these photos, uploaded to photo agencies, receive additional metadata in the form of keywords and agency affiliation before being transmitted to publishers via online services. 82% on photographers’ side against 8% on editors’ side : when, why and how does the metadata disappear?

#5 METADATA IS THE FIRST VICTIM OF SITE OPTIMISATION.

Why do 40% of the editorial sites in IMATAG’s study systematically remove metadata from images before putting them online?

To be SEO performant, the majority of online publishers automatically resize images so they can load faster.

Unfortunately, metadata is stripped when uploaded.  Often because of pure ignorance or negligence, according to webmasters we surveyed.  Often, as well, because of a persistent myth on the size of metadata. In reality, its 2 to 4kb is tiny, considering that most images found online are from 20kb to 100kb.

We also know, as previously mentioned, that images are processed by various departments before being published, contributing to the eventual loss of metadata.

#6 ON SOCIAL MEDIA, ONLY FACEBOOK PRESERVES THE “CREATOR” AND “COPYRIGHT” FIELDS.

Photographers consider social media as a valuable marketing tool to find an audience and get their work known.  IMATAG thus also put each one to the test, uploading the same sample image with all its metadata fields duly filled.

Result: Metadata is erased by the majority of social media sites. Only Facebook preserves the “creator” and “copyright” IPTC fields while erasing all others. Using the file name to put the photographer’s name or its subject is a lost battle: Each and everyone social media platform automatically renames the file.

Be aware that on social media :

When posting your photos on these “marketing channels,” keep in mind what you might lose in the process.

Hint:  By tagging each of your images with an invisible watermark, you can track from where they were taken.

#7 SEARCH ENGINES INDEX IMAGES WITHOUT ANY OF THEIR METADATA.

When your images are indexed by search engines, those create a preview thumbnail stripped of any original metadata and bearing a different filename.

Furthermore, when indexing, information initially in the metadata is ignored. Keywords, credit, and usage rights are purposely snubbed. Instead, they sometimes use automated image recognition to identify some objects in the images to classify them.

How does one find an image by its source, its author or its photo agency ?

Hint: IMATAG  recently made public a search engine which indexed all images found on the web where the credit can clearly be identified from its metadata. By entering your name in the query bar here, you can find out which website is using your pictures with the proper credit.

Contrary to what it may seem, inputting metadata is not a useless task. While they might be mistreated along the way, they can also be protected.

For any company who produces photos to conduct their business, it is essential that those can be secured by an independent, recognized and authoritative third party. 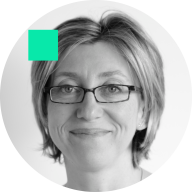