Is Blockchain a solution to image rights management? And if the Webcrawler was KODAKOne’s key idea, would not Image Recognition be its weakest link?

At CES this year, KODAK announced the launch of the platform KODAKOne managing copyright of images based on the blockchain technology. Photographers can rent a machine, so-called KODAK Kashminer, to be part of the platform. Some find this initiative extremely promising, others treat this announce as a scam.

Let us quote the press release:

We will not discuss here the commercial move of KODAK (this initiative has nothing to do with the former well-known KODAK company as it has sold its branding to other businesses). We will not discuss the economical aspect of the deal (renting a KODAK KashMiner machine is certainly not as lucrative as promised).

Can blockchain technology be a solution to image rights management ?

The KODAKOne platform is indeed offering the opportunity for photographers to be part of a system based on 3 pillars:

Blockchain is the new hype… but what is it?

KodakOne (so as Binded.com) aim at replacing the photo agencies by a blockchain. A blockchain is nothing more than a register storing transactions, ie. a ledger.

This ledger is not kept by one trusted entity, but it is decentralized over a network. Anyone on the network can read the ledger, but no one can modify a transaction once recorded in the ledger. See this video for a technical introduction to Bitcoin and the blockchain technology.

In a blockchain, the nodes of the network interact according to a complex cryptographic protocol. There are two main drawbacks:

These are the prices to be paid for having a secure decentralized ledger.

A blockchain does not run for free.

Being an active node in a blockchain network consumes a lot of time and energy. This deserves a big reward. Nodes receive incentives when they succeed to register transactions (the operation of “mining” a new block). For instance, in Bitcoin

This is certainly the reason why KODAK introduces a new cryptocurrency, KODAKCoin.

In the end, photographers will have to pay. It is not very clear whether IP management will be cheaper with a blockchain than with a trusted photo agency.

So, is the WEBCRAWLER the key idea behind KODAKOne?

The main advantage of the blockchain is that the ledger is public. Therefore, anyone could theoretically check whether a particular usage of image is duly licensed by KODAKOne.

This opens the door to a decentralized webcrawling service. IP monitoring over the web could be done in parallel by many nodes. This will be a very powerful tool if some technological bottlenecks are fixed:

The pressure is on image recognition

At IMATAG, we know how tricky point #3 can be. Indeed images found on the web are never an exact copy of their registered version due to some cropping (to remove a visible watermark for example), resizing, and compressing (to speed up web page download), mirroring, color enhancement …

These kinds of image processing are very common, and the robustness of the image recognition is paramount to tackle the following three issues:

The press release says that WENN Digital, the other partner behind KODAKOne, is experienced in AI-enabled image recognition. Be very careful about AI. Many research works recently showed that simple dedicated attacks easily delude image recognition based on AI. This is the hot topic in research right now. Simply type “Adversarial attacks” on google.

For all these reasons, we think that the image recognition, bridging the images found on the web and transactions recorded in the blockchain, is the weakest link of the system.

We use invisible watermarking because of its robustness (test it here) and security. Though this technology is centralized by design, it is not incompatible with a blockchain service, as proven by this initiative in the music industry : Dot Blockchain Media Makes Blockchain Plus Watermarking a Reality.

If the reason to choose the blockchain technology for image rights management is decentralisation, it has to be fully justified against the consequences: the cost for each miner implies a complex rewarding system. KODAKOne made the choice of a business model based on an ad hoc (thus questionable) currency. Other startups also decided to leverage on blockchain’s promise (or hype), will each of them create their own currency?

Considering that images illegally used on the web are usually modified, which technology will efficiently identify copies of registered images? Image recognition based on AI and fingerprinting might be too weak, that is typically a case where invisible watermarking is relevant. 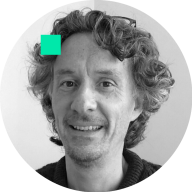